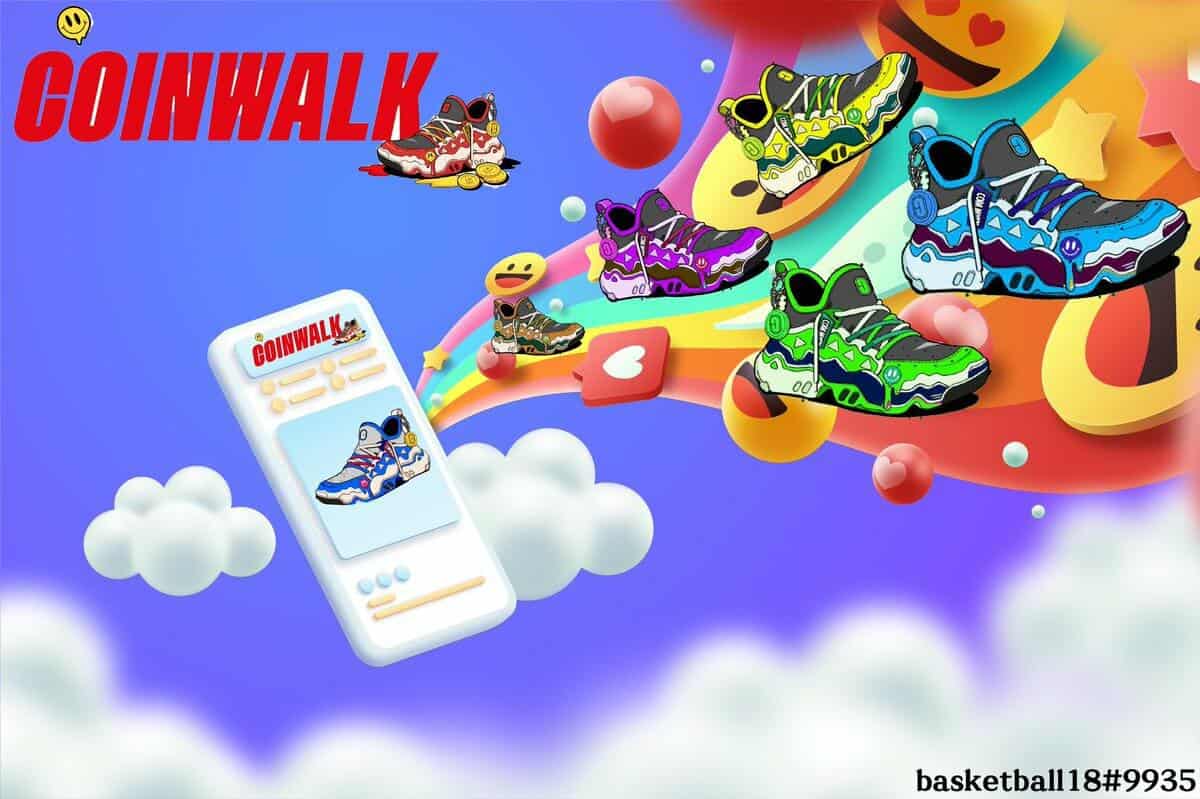 And now, M2E services that generate cryptocurrency through exercise, not games, are popular.

The service that is currently giving out the M2E trend is Stepn developed by an Australian fintech company.

Stepn is a service that creates its own virtual assets by purchasing NFT-type sneakers and walking or running outdoors with them installed.

To put it simply, it is a structure similar to providing cash points when a certain number of steps are met in a pedometer application.

However, this time, the Korean version of CoinWalk, called “Stefan,” was unveiled with Korea’s Naver and the limited-edition sneaker resale platform Cream on its back.

CoinWalk was created for people who are worried about getting into healthy active habits in their daily lives.

For the past nine months, the CoinWalk team has been running a Proground running app service to analyze the patterns of users’ exercise habits.

As a result, we came up with the idea of the CoinWalk project, which can provide much more effective nudge through appropriate rewards and gamification elements.

Users wear NFT shoes in app and receive a token reward every day for walking or running. The token is CoinWalk’s own token issued over the Klaytn network and is used for upgrading NFT shoes.

In the future, NFT shoes will not only be actively traded within the CoinWalk platform, but will also be linked to other platforms to provide a scalable use.

Over the past nine months, the CoinWalk team has developed and operated its own “Proground” running app and has accumulated know-hows in motivating exercise.

We have provided motivational services to runners through supporting real-time running and community challenges.

Through the analysis of 100,000+ real users  running data, we have observed and studied the inconvenience of users.

Meanwhile, We came across a blockchain-based reward service.

We started this CoinWalk project because we thought that combining Web3 technology and token economy with the core features and know-how of our existing Proground services would enable us to develop even more valuable healthcare services.

Coinwalk shoes are NFTs, not actual shoes. It’s the only irreplaceable token in the world.

If you buy these coin walk shoes and walk or run, you will get a reward.

What’s different from Stefan is that Coinwalk will be able to apply for limited edition shoes as a Real World Reward in addition to coin mining.

Holding hands with KREAM means that you can fully consider entering the real world.

Various brands are likely to collaborate with Coinwalk through cream.

This is expected to be a strong basis for the public to enter.​

CoinWalk also announced a road map along with a white paper in April.

And in June, sports brand collaboration and open beta linked to real shoes are planned.

There is a plan to develop smartwatch linkage in the fourth quarter of 22, and Naverz’s zeppetto Metaverse linkage is planned in the first quarter of 23, a big issue.

Coinwalk will launch Korean service first. But Global service is on the way during Q3

First of all, there is Naver Z of zeppetto, which is at the top of the list with Roblox in the Metaverse world.

There’s a whole lot of other companies, from KREAM to KLAYCITY.

Naver Z is a subsidiary of Naver, an unwritten conglomerate in Korea, and operates a Metaverse platform using augmented reality avatar.

KLAYCITY begins when people who left the Earth destroyed by warming and pollution return to Earth in 2080, a P2E game that collects resources from their own areas, rebuilds the Earth, and makes real estate valuable and profitable.